‘Riding along in my automobile’ 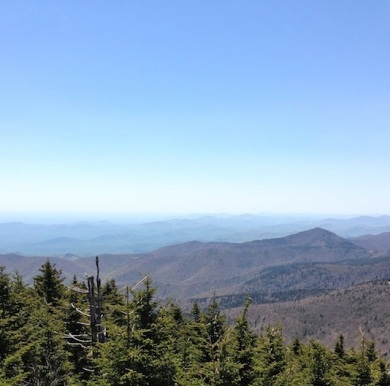 The view from Mount Mitchell, N.C., the tallest peak east of the Mississippi (accessible from the Blue Ridge Parkway).

I recently took Augie, my 2006 Acura TL, on a road trip to the Great Smoky Mountains. We drove as far as Gatlinburg and then wandered up the Blue Ridge Parkway to Roanoke before heading back on 81. Augie performed like a champ, despite my riding him hard through the mountains. Back home, though, as I washed him up and noticed all those little nicks on his front bumper, I had to wonder: Is Augie getting old?

In a few months, Augie will turn 7. Just as Baby Boomers have redefined aging and retirement (60-year-olds acting like 40-year-olds), today’s cars seem to be lasting longer than yesterday’s models.

Judging from what I’ve read on car forums, Augie is just shy of middle age, which many now say is 80,000 to 100,000 miles. A well-maintained car might go another 100,000 miles after that, making 200,000+ the old age mark. That’s a lot better than the cars of my youth (my first car was a Chevrolet Vega), which tended to crap out well before their 10th birthday. So kudos to car manufacturers! 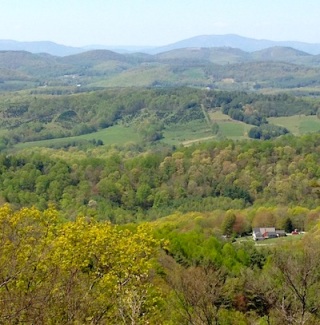 A bucolic Virginia scene from the Blue Ridge Parkway.

I learned while visiting the Biltmore Estate (just off the Blue Ridge Parkway near Asheville) that George Vanderbilt would buy his wife Edith a new luxury car every year. One of these cars is on display at the Biltmore’s winery. When you own the largest house in America (179,000 square feet on six floors), why not buy a new car every year?

I certainly luxuriated in Augie’s newness in the early years, and I’m still awed by his handsome leather interior (which I am a fanatic about keeping clean). Prior to Augie, I drove mostly “previously-owned” cars, frugally and stubbornly making them last beyond their prime. Augie was the antidote for all those years of parsimoniousness. His purchase was liberating. I actually splurged on myself for a change.

And now, he’s getting old. Sigh. As Milton observed, time is “the subtle thief of youth.” I guess Augie and I are destined to grow old together because I don’t see myself buying a new car anytime soon.

My consolation is that with age comes wisdom and a willingness to let go. Previously, I’m not sure I would have been willing to let Augie drive the Blue Ridge Parkway. I’ve been very protective of the Augster, and I’ve always tried to limit his long-distance outings. Lately, though, I’ve been easing up on those restrictions, throwing caution to the wind (heavens!).

So Augie may be allowed on more road trips, and that’s probably a good thing—for him and me.

2 Responses to ‘Riding along in my automobile’