On the threshold of a dream…

Have you ever felt that you’re standing on the threshold of a dream? Maybe you’ve gotten in on the ground floor of the “next big thing.” Or you’re part of something that just might change history.

I’d say most of my life experiences have not been cutting-edge, trend-setting or at the intersection of change.

I wasn’t the first man on the moon. I wasn’t there when Wozniak and Jobs built the original Apple computer. I haven’t written a best-selling book or launched a political movement.

And yet, I am largely content with the small place in the universe I have occupied this last half-century or so. 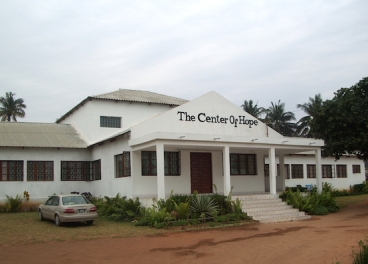 The Center of Hope in Chicuque facilitates much-needed community and public health outreach in rural Mozambique.

But last month when I was in Africa—in Cambine, Mozambique, to be specific—I felt, I wondered, could this be “it”? Everything I saw, despite poverty, an AIDS epidemic and the constant struggle to eke out a daily existence, made me think: These people really ARE on the threshold of something big, and I’m a witness (and perhaps a bit player) to it all.

Sub-Saharan Africa, the economists tell us, is growing topsy-turvy. It’s the fastest-growing economy behind China. Mozambique has a B+/B rating by the credit-rating agencies. We’re talking about a country that is still recovering from a 16-year civil war.

What makes it go? What makes its people get up in the morning, despite huge odds, and go out there and make a difference?

I met two men in Mozambique who are emblematic of its future. Julio and Jeremias both grew up in the bush country near Cambine but went away to school. Jeremias studied public health in Texas. Julio went to African University to become a Methodist minister. Both men came back to Mozambique to help rebuild their war-torn country. Jeremias runs the hospital and Center of Hope in Chicuque. Julio runs the Cambine mission station and directs the seminary.

Both are passionate about their work and have a vision for the future. I feel blessed to have spent time with each of these men. They are quiet and soft-spoken, yet strong and steadfast in their love of God and their country.

To listen to them describe what it is they must do, the steps they need to take, the calling they feel compelled to follow and live, that is to be truly on the threshold of a dream.

There are fearless captains of industry, winning coaches, nimble managers and shrewd politicians, and then there are Leaders with a capital L. I don’t know that you can aspire to be one, study to become one or even be aware of it when you are a Leader. That kind of leadership is self-effacing and unassuming. It doesn’t brag or boast. It’s never flashy; instead, it shines with a purpose, strength and wisdom that guides, inspires and transforms.

It’s ironic that I traveled half-way around the world to see inspired leadership in action, but great leadership doesn’t reveal itself to us very often. And when it does, you hope that you have enough sense to recognize it…and to honor, respect and cherish it.

I do hope to return to Mozambique again, if only to be a witness to the birth of something wonderful and new. In the meantime, we would do well to watch Africa. Something is definitely happening there.

9 Responses to On the threshold of a dream…