Words and the meaning of leadership

I can be very persnickety when it comes to words. I keep a dictionary and thesaurus program open on my desktop, alongside Word, as I write. Sometimes I’ll consult the Oxford English Dictionary—when I’m really curious about a word’s usage. But every once in a while I let one slip by. A word or phrase slides under my radar and finds its way into my writing, its misuse undetected.

For example, I always thought “decimate” meant to significantly reduce or destroy. But its root is the Latin decimus, which like decimal, means tenth. To decimate a population is to reduce it by 10 percent. That’s hardly full-scale destruction.

Decimate has been so widely misused, though, that the OED now lists “destroy or remove a large portion of” as one of its meanings. Today, most people probably don’t realize the word originally referred to the Roman practice of selecting by lot and putting to death one in every 10 soldiers guilty of mutiny. And maybe that’s a good thing! 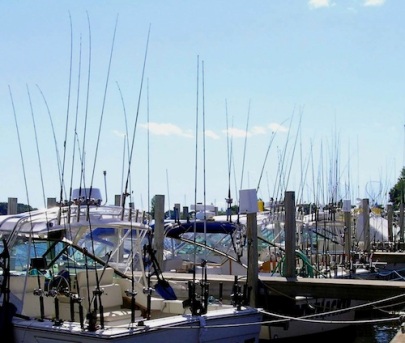 What does “fish or cut bait” mean to you? Photo from activistangler.com

“Fish or cut bait” is one of those Americanisms that also eluded my radar. That is, until a friend of mine wrote me to offer his take on its meaning. I had heard the phrase many times and always approximated it to “lead or get out of the way.”

As it turns out, there are two meanings for “cut bait.” According to Wikipedia (that infallible source of information), when the phrase first appeared in the 1850s, cutting bait referred to cutting up pieces of small fish for bait. Later, a second interpretation emerged where cutting bait meant cutting one’s fishing lines, as in cutting one’s losses and moving on.

In the first instance, “fish or cut bait” seems to be a classic either-or. In organizational parlance, fishing might be viewed as leadership and cutting bait as followership. Both are necessary to the success of an organization, but they are mutually exclusive. You have to decide to do one or the other. If you’re going to be a leader, then lead. If you’re going to be a follower, then follow and don’t try to second-guess the leader.

When cutting bait refers to cutting your fishing lines, “fish or cut bait” becomes an expression of dissatisfaction with the current course of action. The speaker of the phrase seems to be saying, “Either catch something (show us some results), or reel it in.” Perhaps the speaker just wants to cut his losses, or maybe he wants you to try fishing somewhere else. Either way, it would seem to indicate a lack of confidence in the current endeavor.

Used in this second way, the phrase has an air of impetuousness about it, as if speedy results are all that matter. Yet, fishing requires patience and the wisdom to know when to cut your lines. As my friend notes, fishing—like leadership—takes preparation, planning and a fair amount of waiting.

A good leader, like a wise fisherman, carefully casts his lines where he knows from experience the fish are biting, and then he has the fortitude and discipline to wait for the fish to come. Those fish might be protégés that he will mentor. They might be potential customers worth developing over time. Or perhaps they are the next big ideas that will help his organization “leap-frog” the competition.

Sometimes a leader gets only nibbles, but he keeps casting—over and over, until he achieves success. Cutting his lines never crosses his mind.

It’s this aspect of fishing and leadership that I have come to appreciate, thanks to my friend.

2 Responses to Words and the meaning of leadership