Aristotle, mentoring and the friends we choose 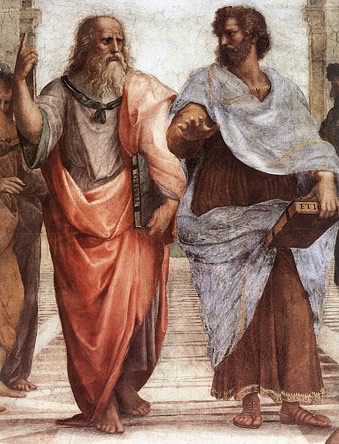 Aristotle’s mentor was Plato. Who’s yours? Seek out successful people to learn from. Image from outre-monde.com.

A few weekends ago, I was searching for something to read and found a slim volume by Peter Taylor that had been gathering dust on my shelf. Taylor was the gifted short-story writer and novelist who won a Pulitzer Prize for Fiction and taught at U.Va. when I was an undergraduate.

The book, “In the Tennessee Country,” was written in 1994, the year he died. It’s about a man obsessed with tracking down a cousin who has severed all ties with his family. It plumbs themes we have all grappled with in our own ways: separating ourselves from friends and family to start a new life, creating a new identity and escaping from the past.

At the end of the novel, the narrator finds his long-lost cousin, but with that discovery comes the cold realization of his own failed ambitions as an artist. The lesson, it seems, is that in order to move forward, we must let go and move on, no matter how painful that may seem.

I finished the book thinking of the ending of another novel, Joyce’s “A Portrait of the Artist as a Young Man,” where Stephen Dedalus also decides he must leave his old life behind to become a writer.

In real life, we make career and life decisions that, while not nearly as dramatic, are equally as important. It sounds trite, but “people, places and things” do make a difference. When we’re growing up, we have little control over our environment, but when we become adults we can make decisions about whom we choose to hang with, where to live and where to work. As the late Jim Rohn said, “You are the average of the five people you spend the most time with.”

The old adage about surrounding yourself with successful people is wise counsel. I recently came upon what I thought was sage advice for selecting three “essential people” in your life. In a post last month on Addicted2Success.com, Brenton Weyi describes the three types of people you should keep in your life at all times:

A great figure of history who embodied this principle was Aristotle. Aristotle was one of the greatest minds to ever grace this beautiful Earth, but this was only so because he was constantly challenging himself and working to refine his talents. He exchanged ideas with other Greek philosophers in the “Academy,” learned from his mentor Plato and taught a young boy named Alexander…who would later become Alexander the Great.

If you’re like me, you have plenty of people in your social and professional networks who fall into these three categories, but you probably haven’t consciously sought them out. I can think of times in my life when I definitely filled one or two of the essentials, but not all three at once.

Think about the benefits of learning, coaching and exchanging ideas—all at the same time! All three really are important, and will keep you motivated and on your toes. So why not resolve to seek out some essential people in your life? It might just make a difference!

7 Responses to Aristotle, mentoring and the friends we choose