Convergence and the brave new world of PR and marketing 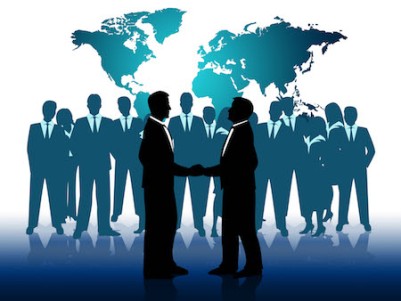 A few weeks ago, Phil Rabin and Paul Duning of Capitol Communicator spoke at an Independent Public Relations Alliance luncheon about trends they are seeing in the PR business. One development they mentioned is the convergence of public relations and marketing, especially in the digital space.

Convergence is not new. And being the gray-haired communications veteran that I am, I began to think about previous encounters with convergence in my career. Back in the 1990s, I was hired by a DC trade association to be its first director of public affairs, a position designed to blend the separate disciplines of government affairs and PR. On paper, it was a wonderful concept. I would work with our lobbyists to tell their story in the press, using earned media, issues advertising, coalitions and community outreach. They, in turn, would get valuable exposure and support for their advocacy on Capitol Hill.

I quickly discovered that there was a gulf between the two departments that was difficult to bridge. Our lobbyists were not inclined to share Hill intelligence. They felt they were most effective when reporters didn’t know what they were doing. My PR colleagues and I, on the other hand, were anxious to promote the association’s positions. Obviously, we couldn’t do that without the lobbyists’ cooperation. It wasn’t until we were engaged in a major legislative battle (healthcare reform) that we really started working together as a team. It was an all-hands situation, with lots of late nights, but in the end I think the broader, public affairs approach proved its mettle.

Fast-forward about 10 or 12 years, and I was at another trade association where convergence took on new meaning. This time I was trying to bring together the marketing and communications departments. Again, a great idea in theory, but there were definitely some cultural differences. Despite opening the lines of communication, holding joint meetings and working hard to more closely align marketing and PR, I never felt we achieved the synergy that I had hoped for. In the end, I think it had more to do with the different objectives each department had than anything else. Marketing focused primarily on promoting membership and conferences, while communications focused primarily on consumer outreach and government affairs. The two did not always intersect.

I hear the words “seamless” and “integrated” used a lot these days, but I am skeptical that marketing and PR will ever be one, big happy family. My advice to anyone trying to combine the two is to study up on change management and be prepared for some silo busting.

Marketing and PR each has its own strengths and weaknesses. Marketing, with its link to sales and consumer buying behavior, has always been revenue-driven and usually better at measuring results. Public relations, with its focus on image, reputation and influence, usually has difficulty measuring its impact—except when something bad happens and everyone agrees, “We need PR!”

The rise of digital media has created new possibilities for these two disciplines that smart organizations are leveraging to their advantage. Using web and social media analytics, both marketers and PR professionals can better measure their efforts and more clearly demonstrate ROI. At the same time, there is room for immense creativity. Storytelling has become the new mantra for brands, an area where PR people should absolutely shine. With new ways to tell your story and better metrics, it’s a great time for both the PR and marketing professions.

As Phil and Paul told us at the IPRA luncheon, these new technologies have also led to significant changes in the PR agency system. The big agencies are downsizing. They’re becoming leaner and more nimble. They’re partnering with marketing firms to get the technology and social media expertise they need to stay competitive.

There’s no doubt that the viability of the traditional agency model is being tested. Is it cost-effective to do everything in-house and maintain offices in multiple cities when you can hire the talent you need on a project basis? According to Phil and Paul, shared office space, virtual teams, consolidated back-end operations and partnerships will be the new normal in this period of flux and change.

As a result, independent practitioners should be in greater demand. That’s assuming they have the skills and technology know-how to meet their clients’ needs.